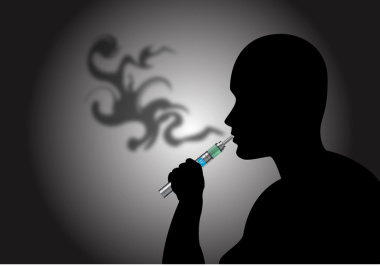 The Oxford Dictionaries named "Vape" 2014's Word of the Year. Oxford defines the verb as "to inhale and exhale the vapour produced by an electronic cigarette or similar device." It was added to the dictionary in August. Vape can also be used as a noun for the e-cigarette and for the act of inhaling itself. How does vaping differ from traditional smoking? E-cigarettes differ from traditional cigarettes in that they do not contain carcinogens such as arsenic and vinyl chloride. Additionally, END_OF_DOCUMENT_TOKEN_TO_BE_REPLACED