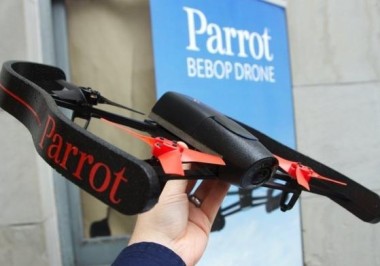 Who would NOT want one of these? At $300 bucks...   Here Comes Everybody - There Goes Our Privacy! French drone maker Parrot has announced a new drone will be buzzing through the skies by the end of the year. The new model called Bebop will sport a 14 megapixel HD video camera, 8GB of flash memory, built-in GPS, Oculus Rift support, and more. Like their other models, Bebop can be controlled with a smartphone or tablet running iOS or Android and view video in real time as the device flies END_OF_DOCUMENT_TOKEN_TO_BE_REPLACED